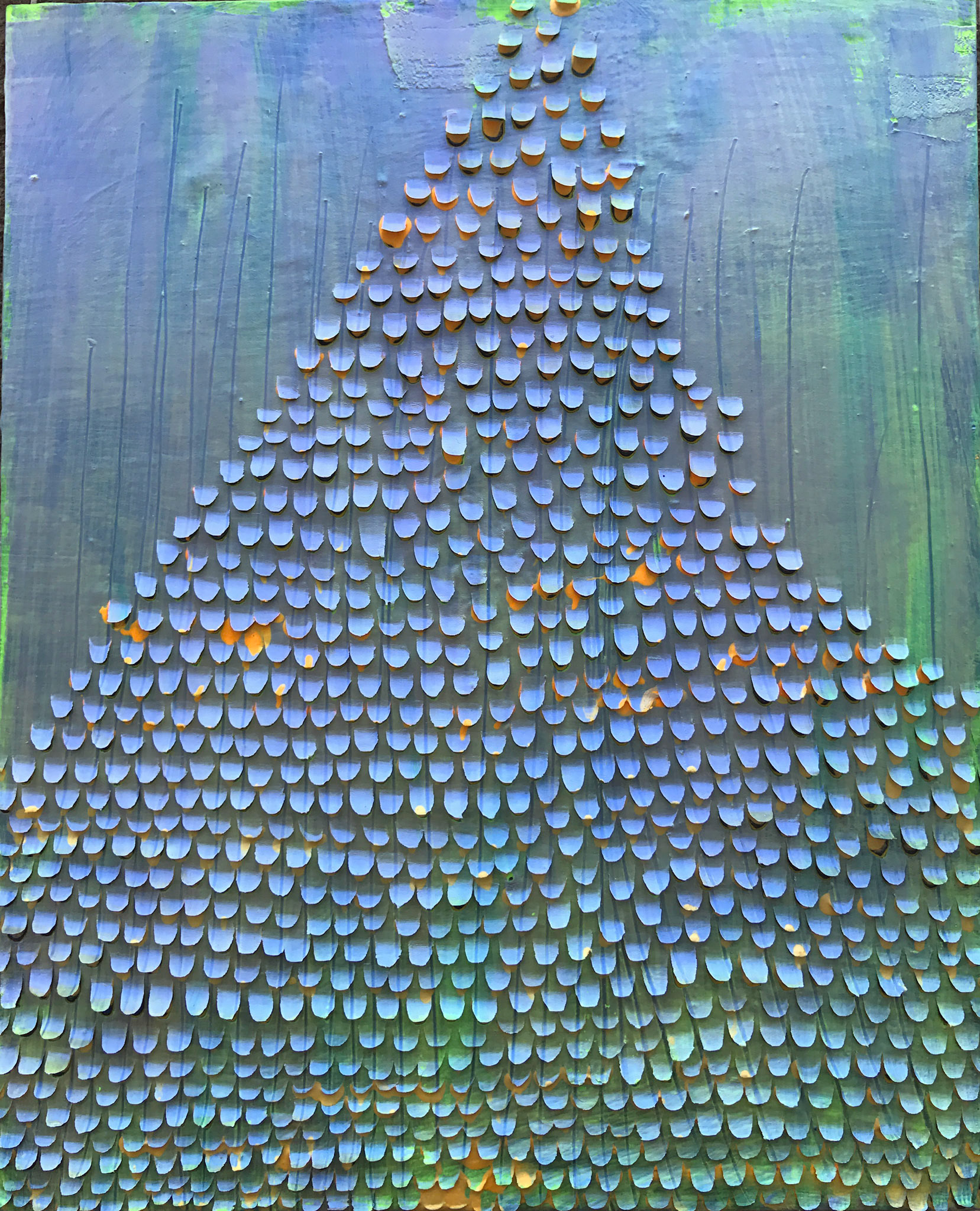 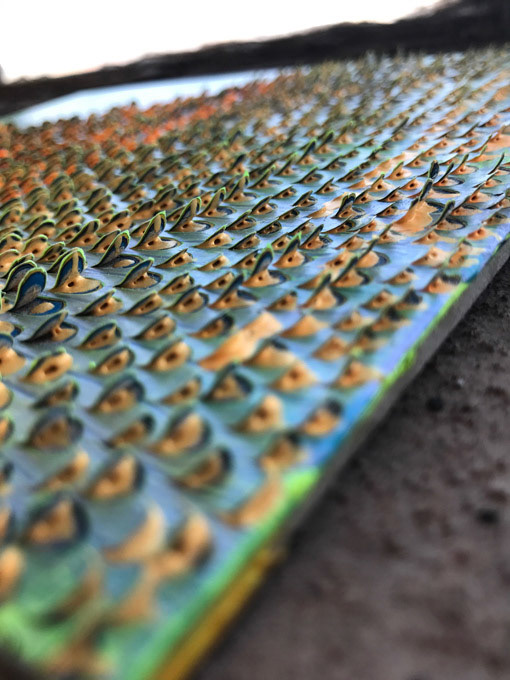 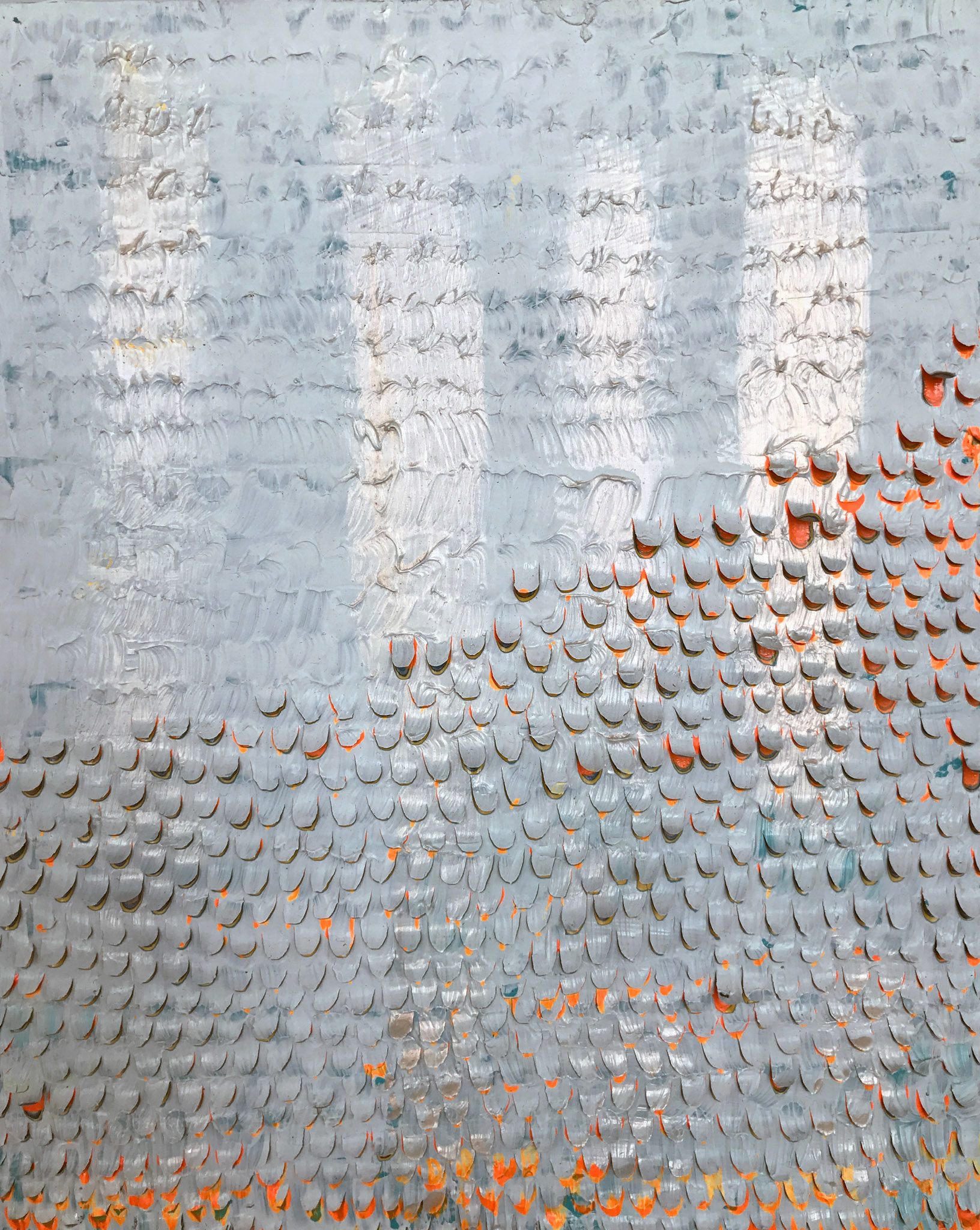 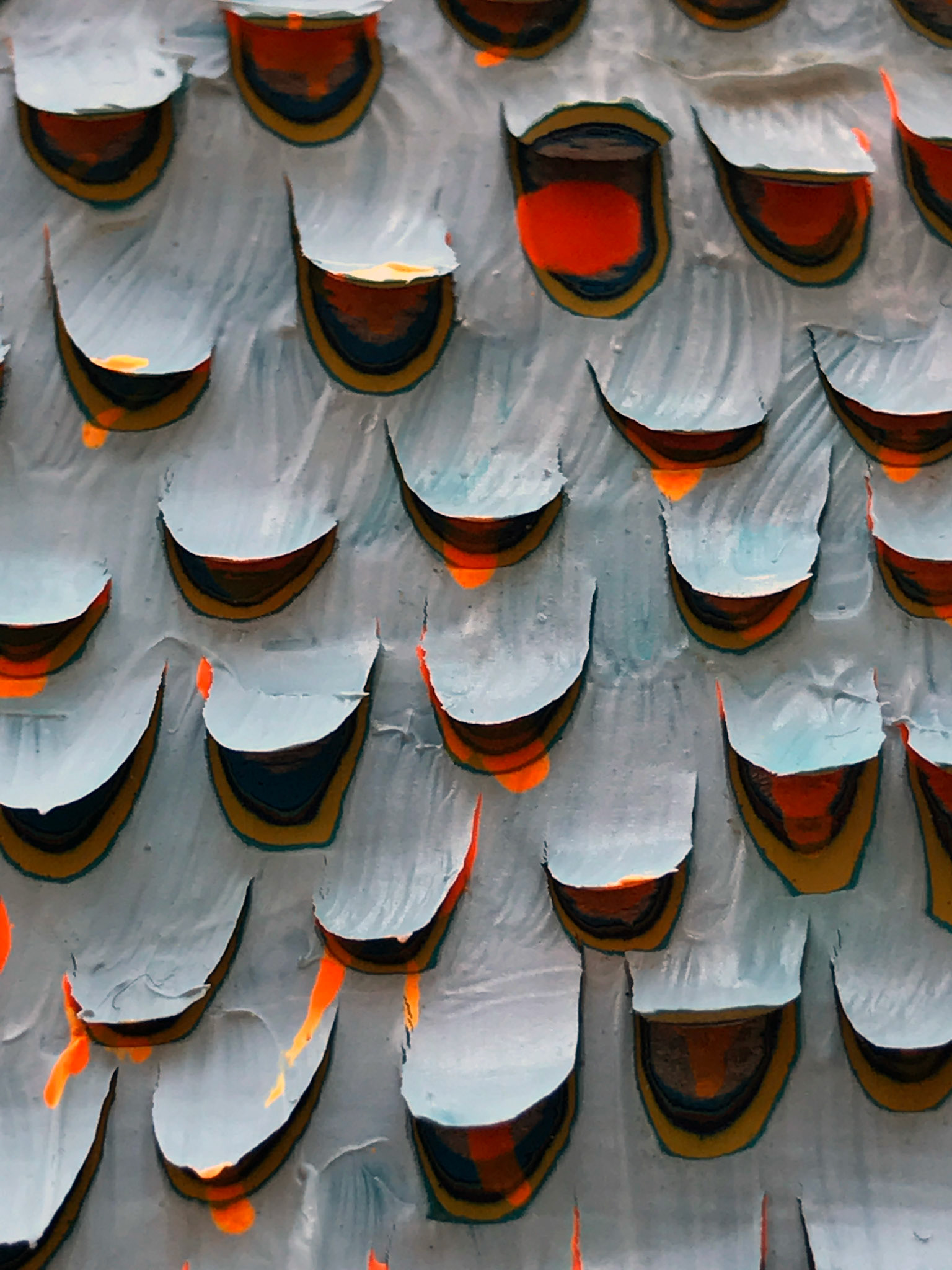 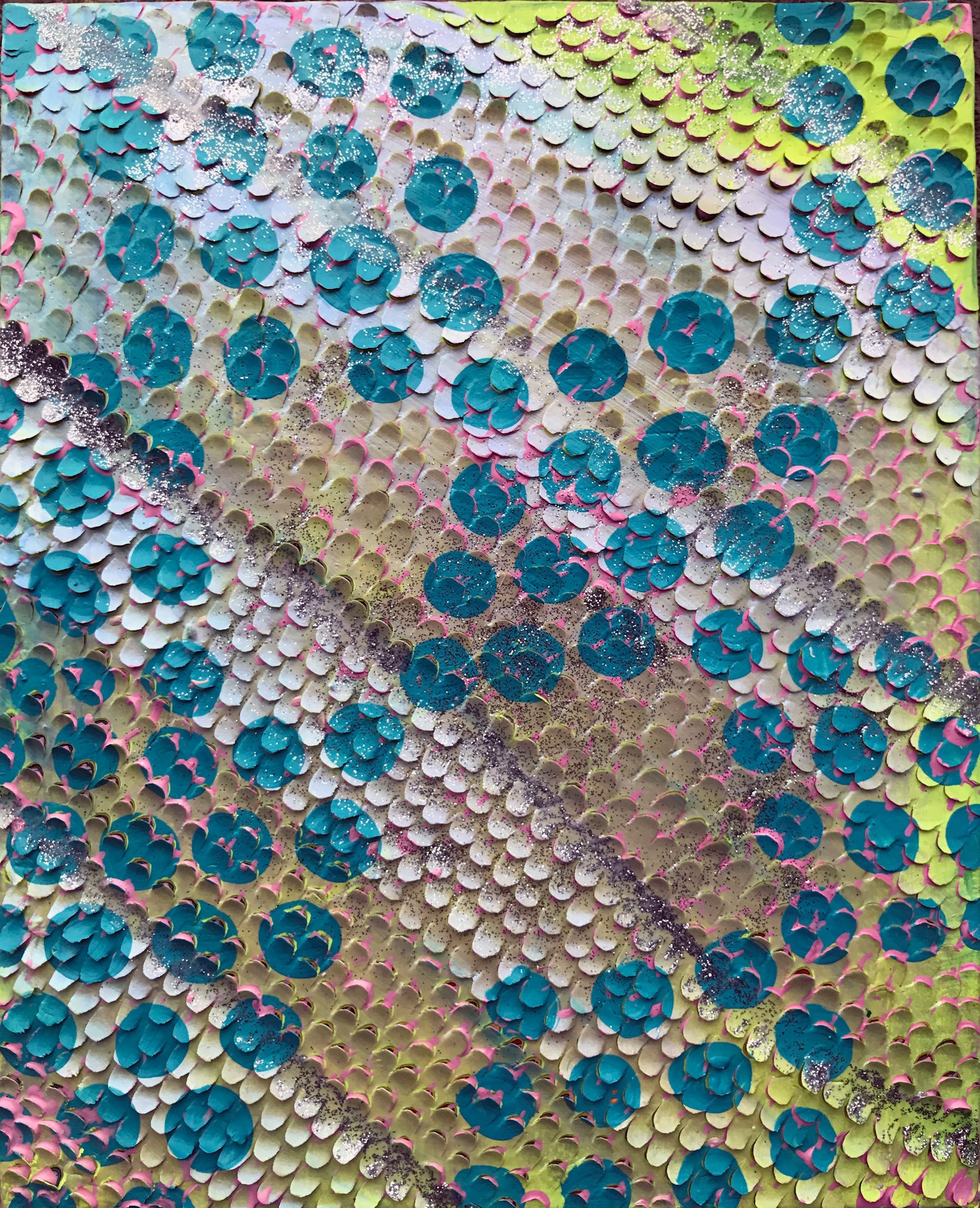 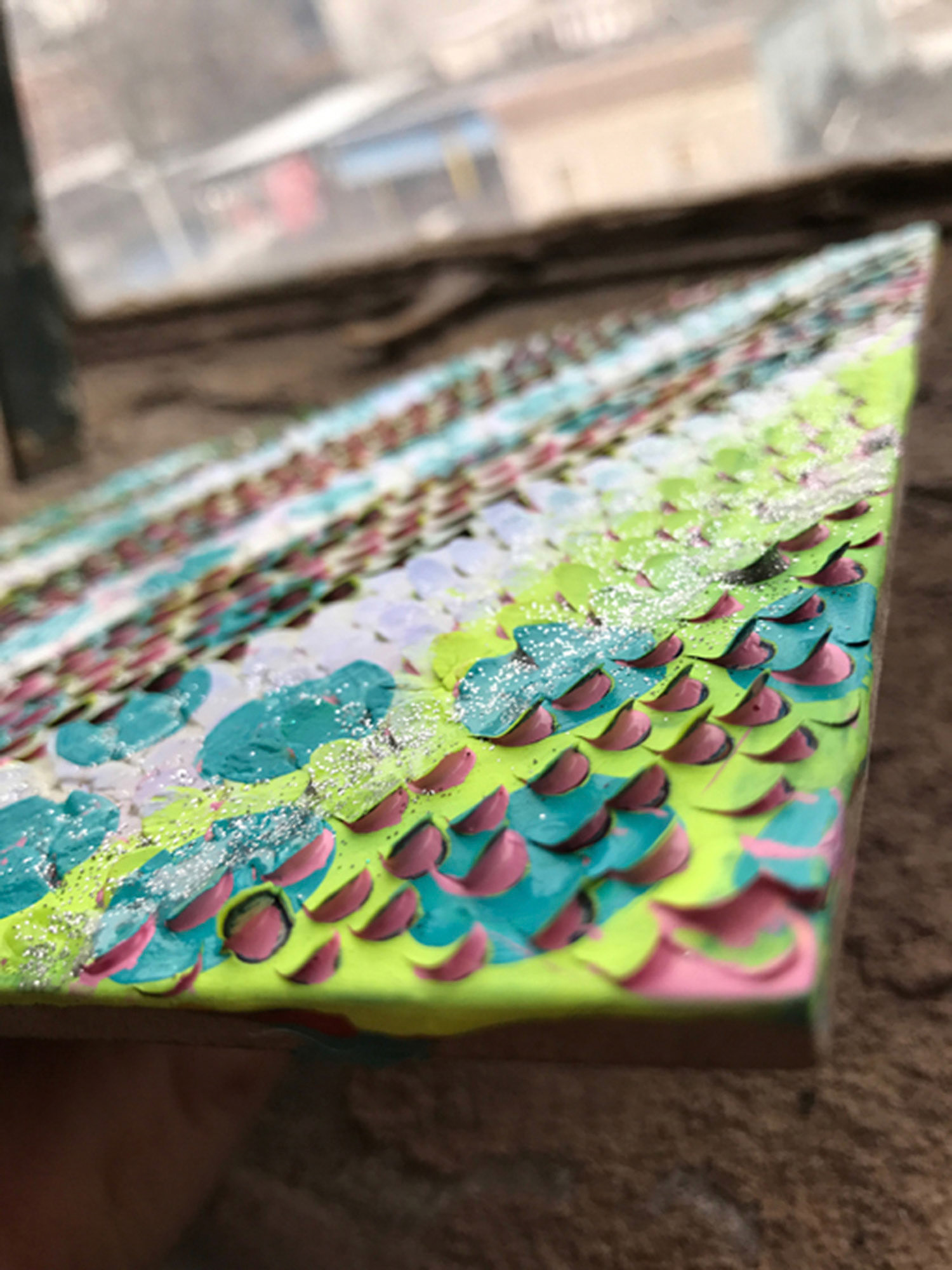 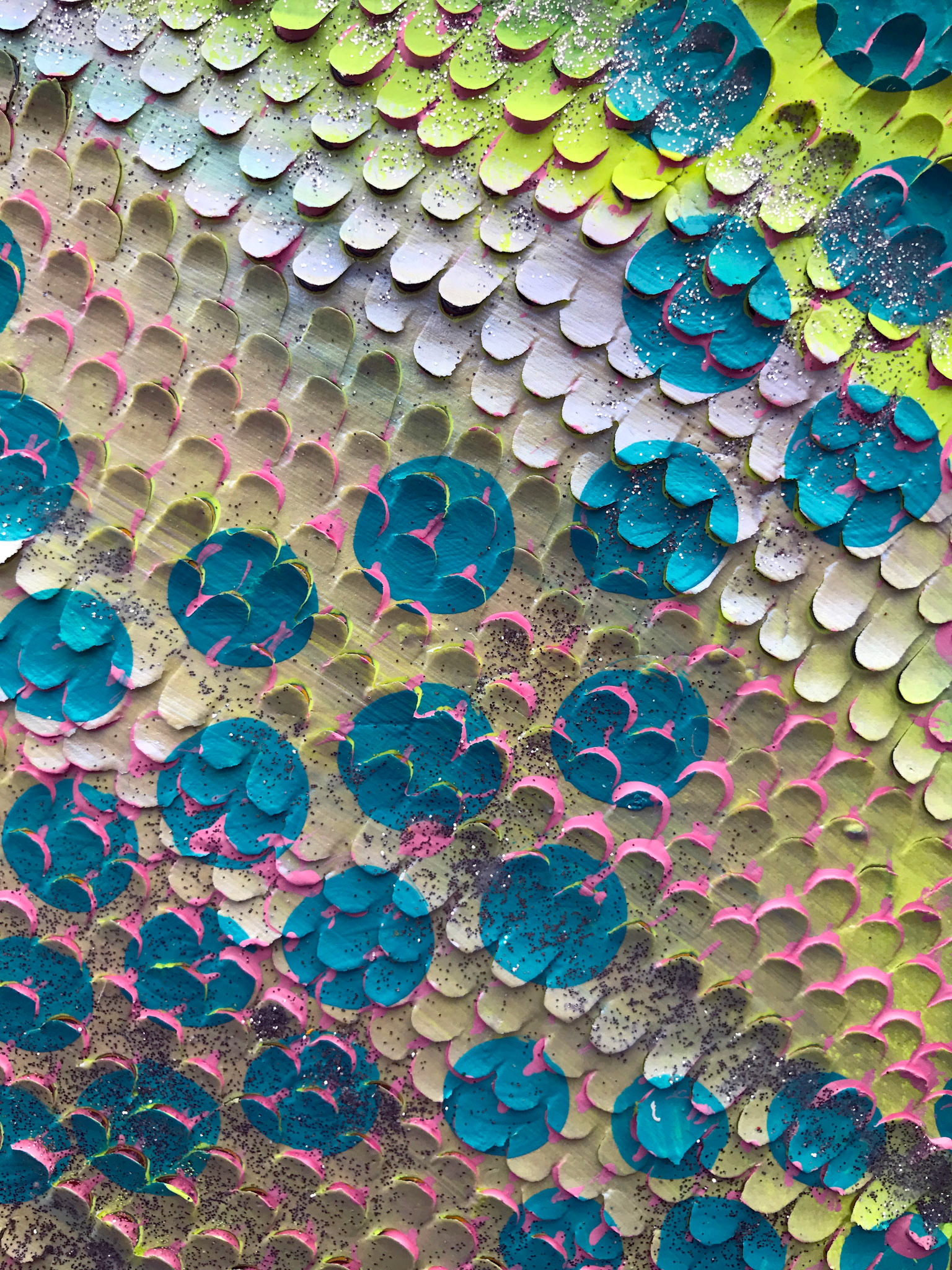 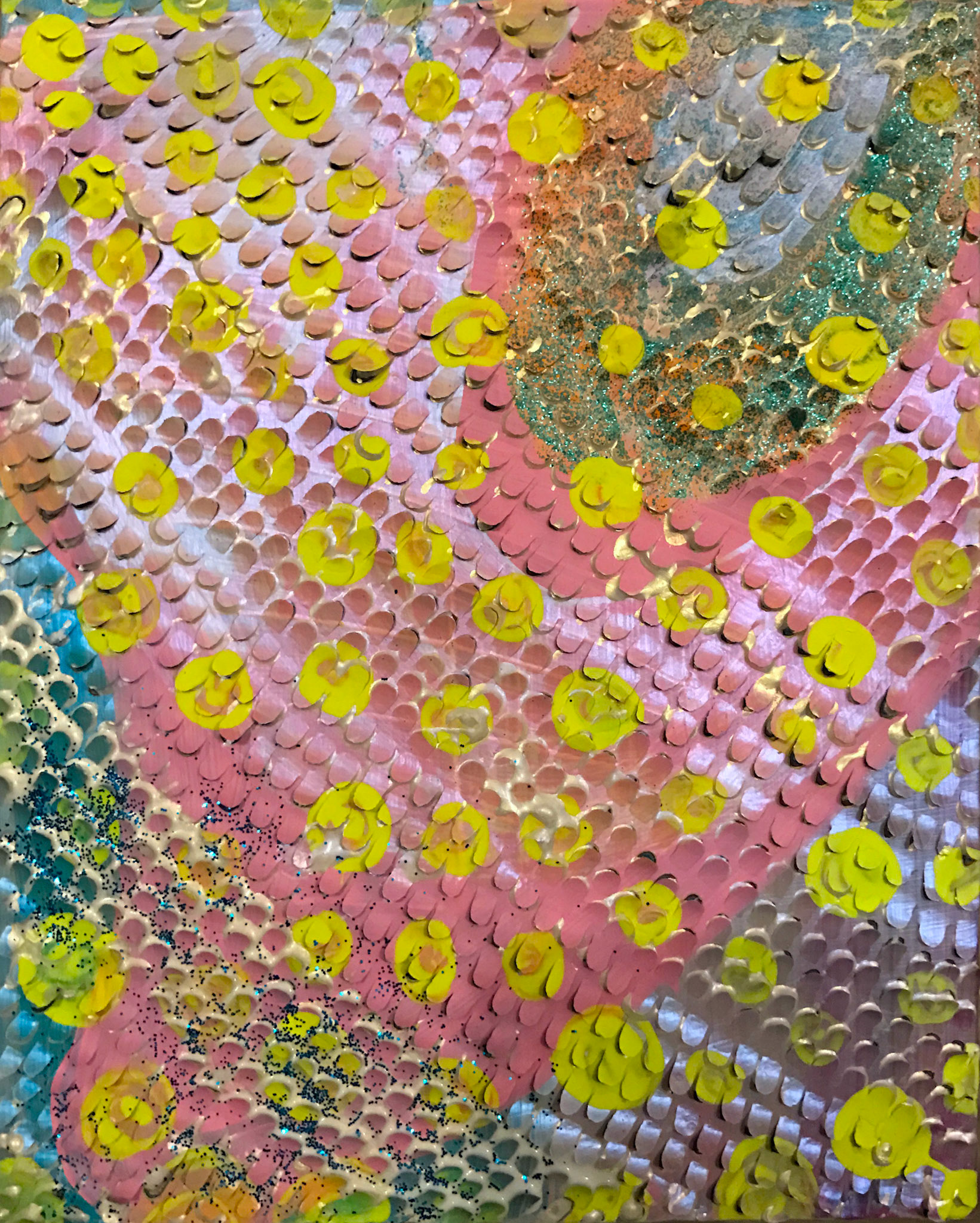 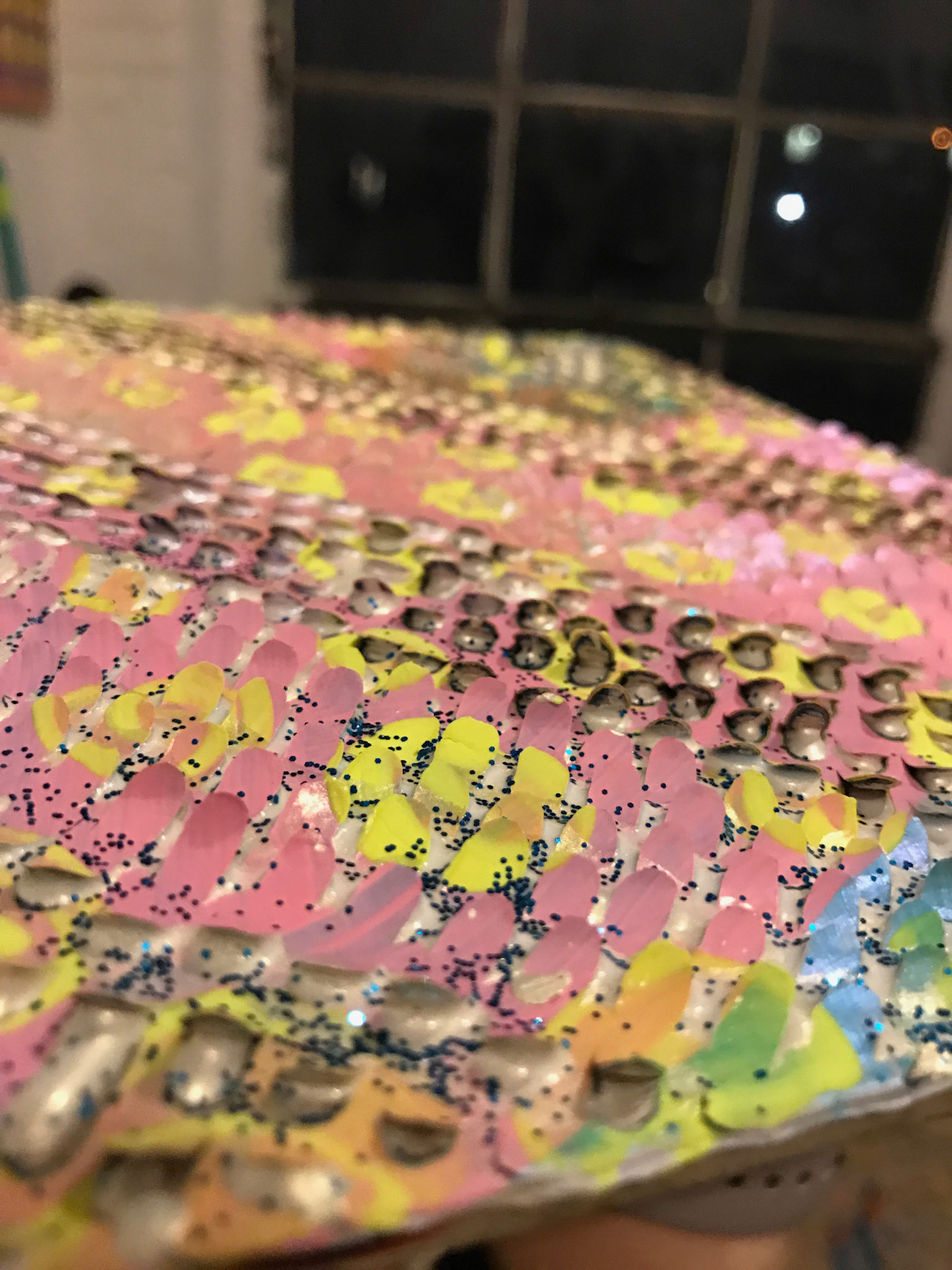 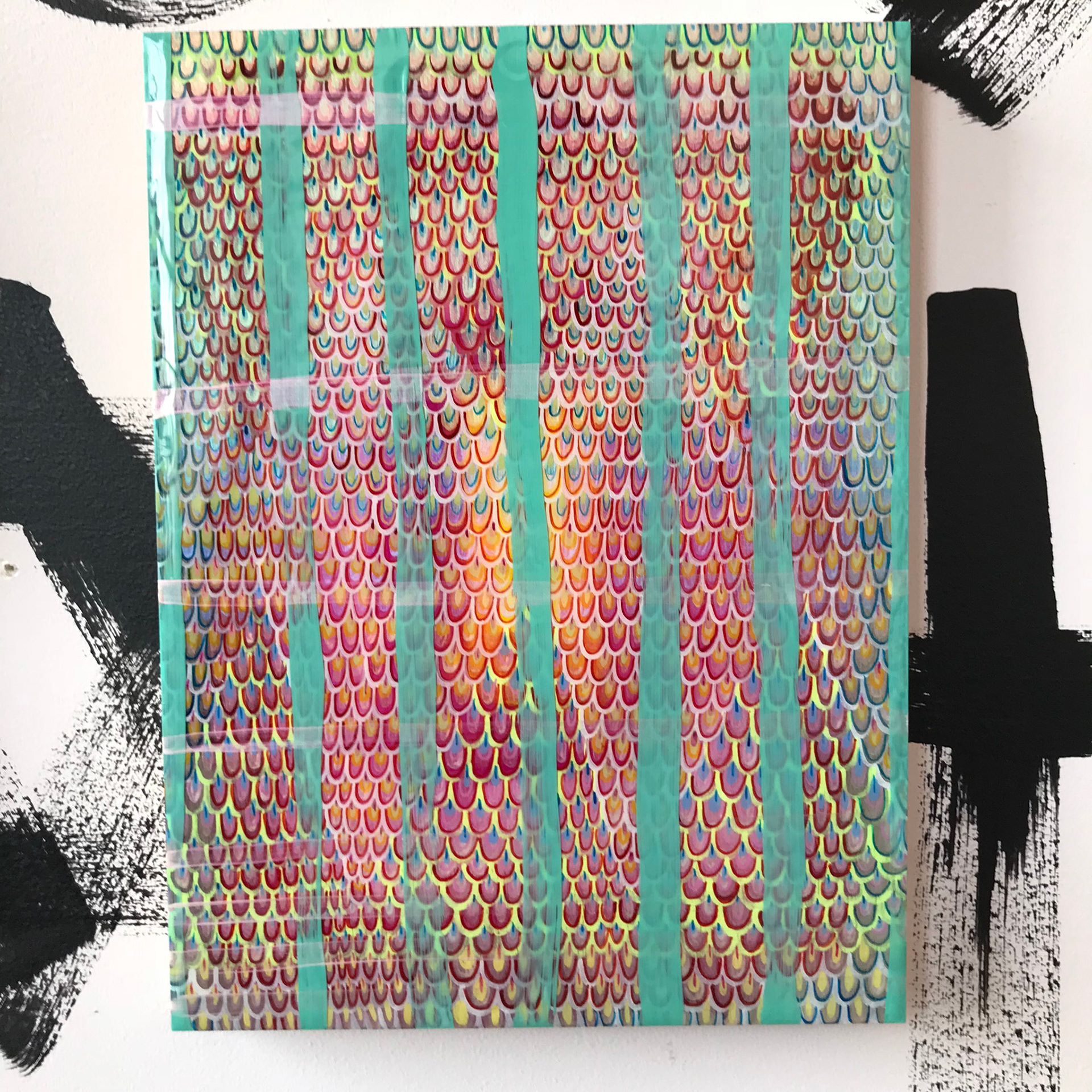 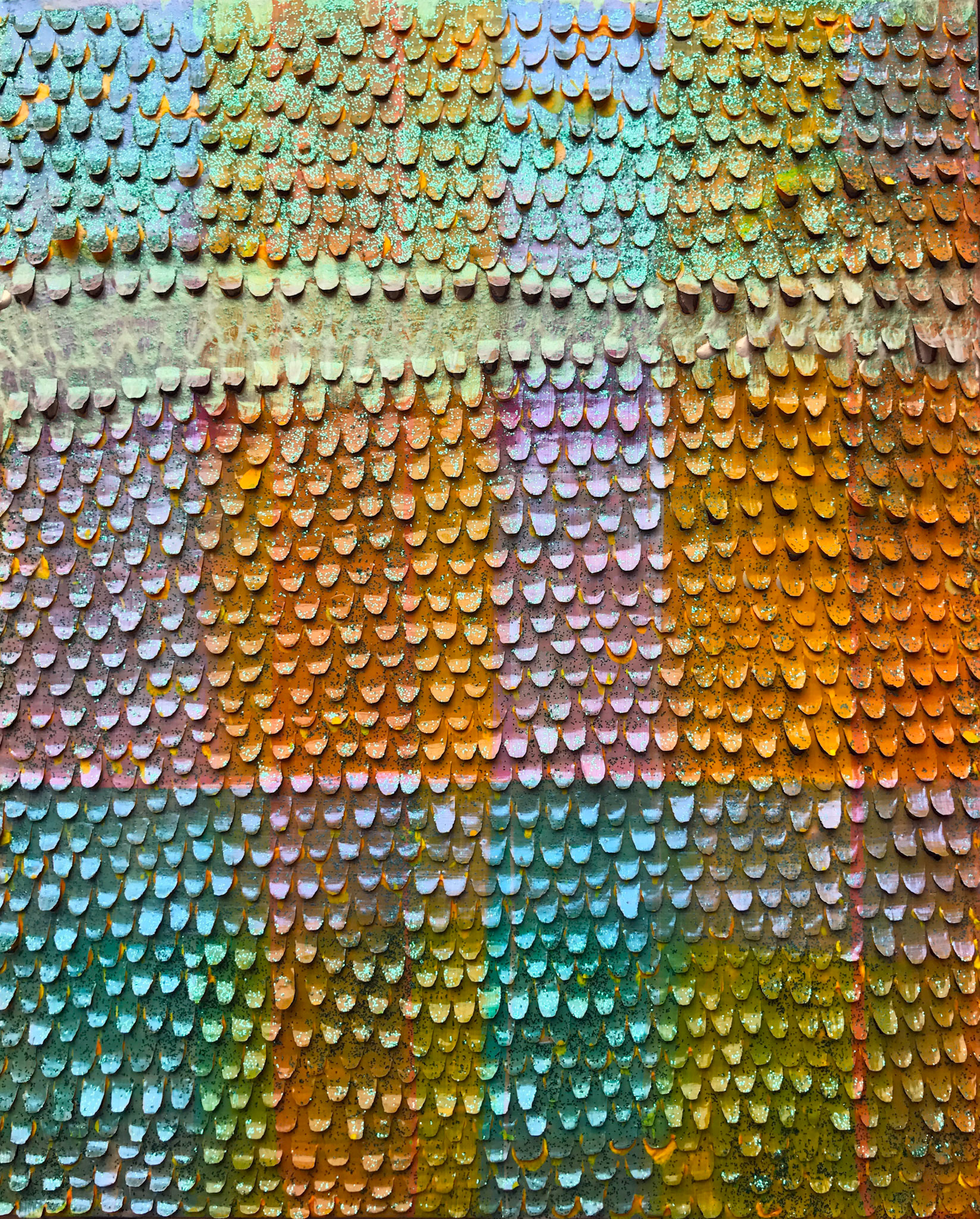 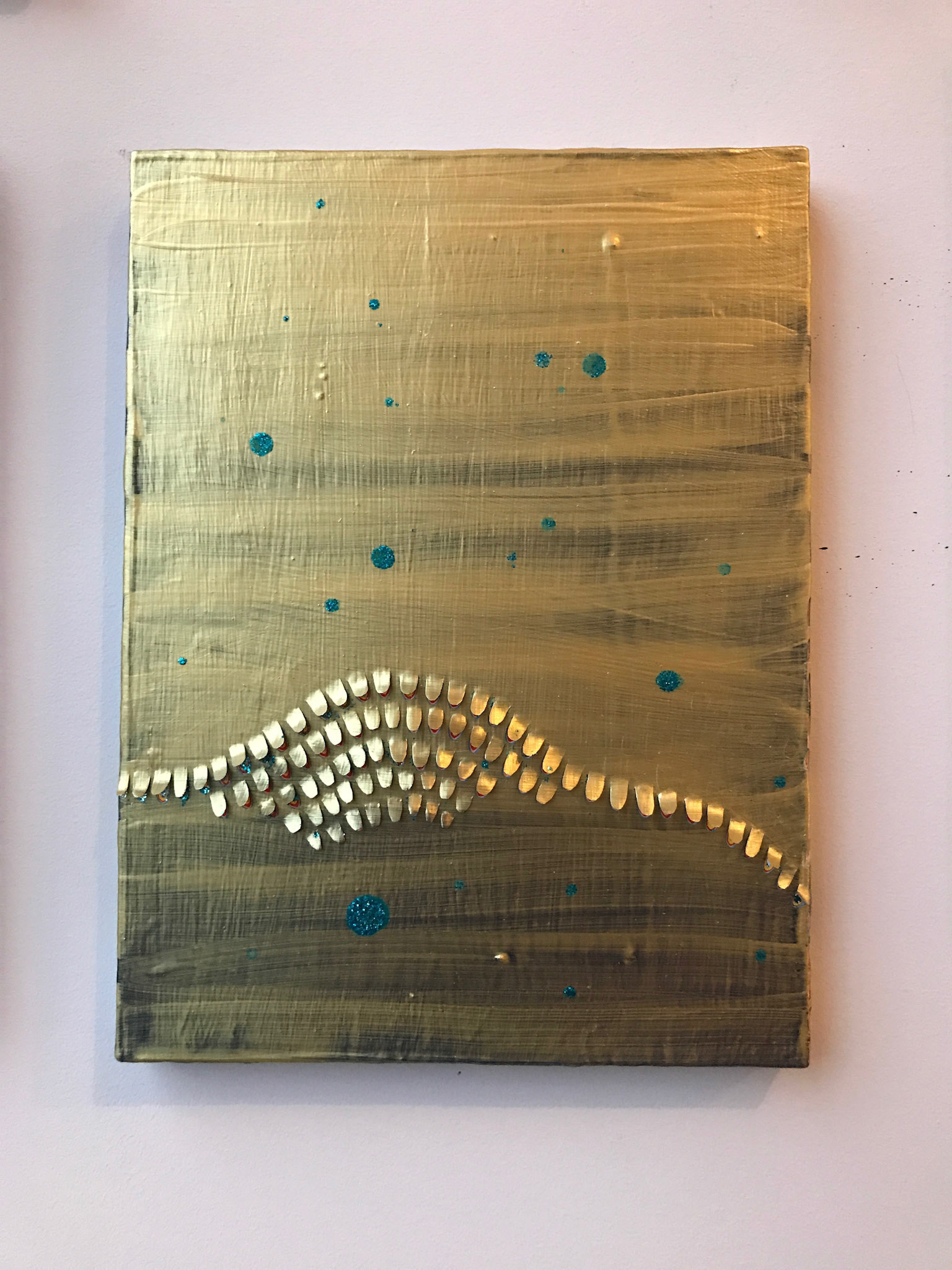 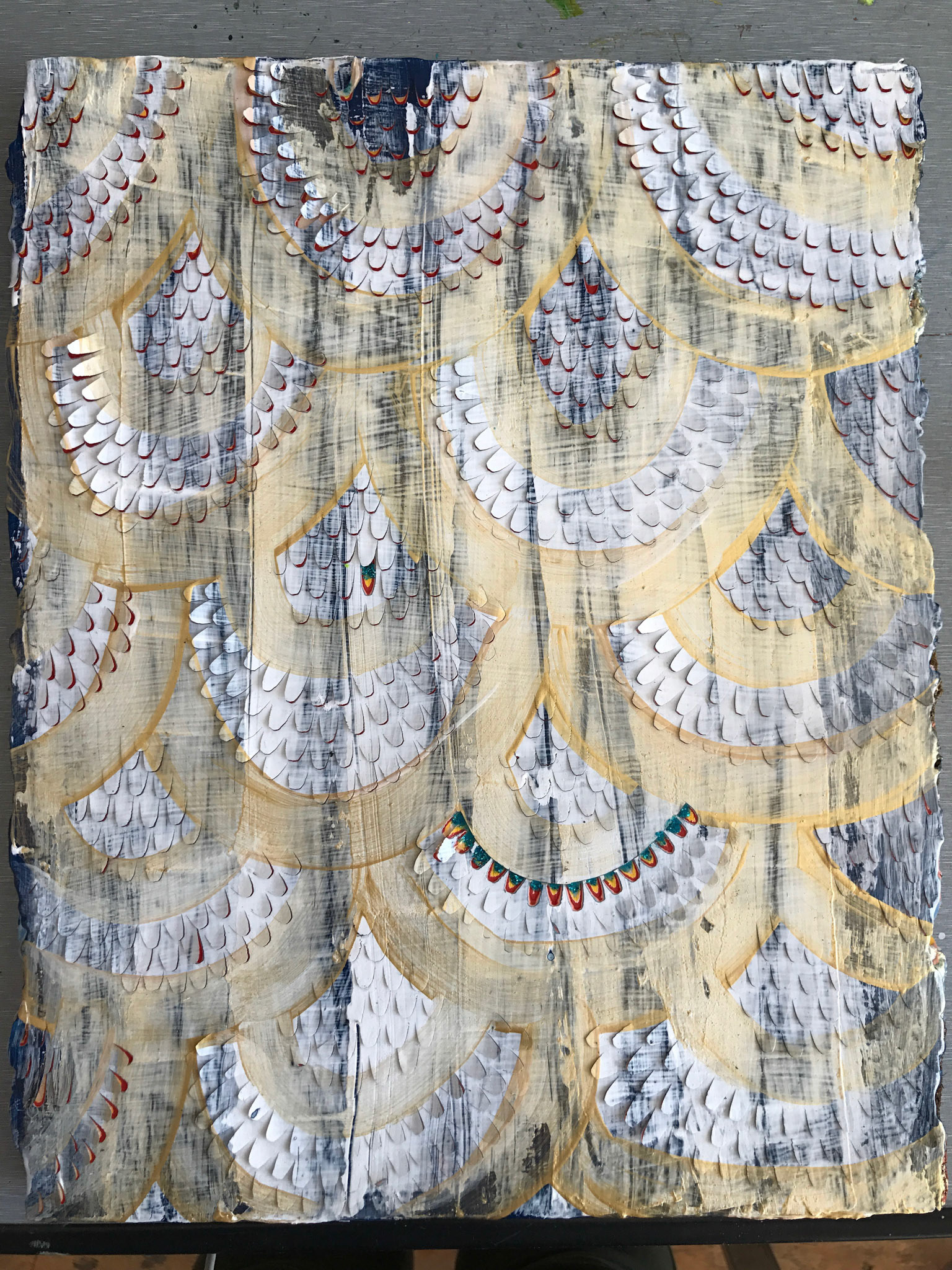 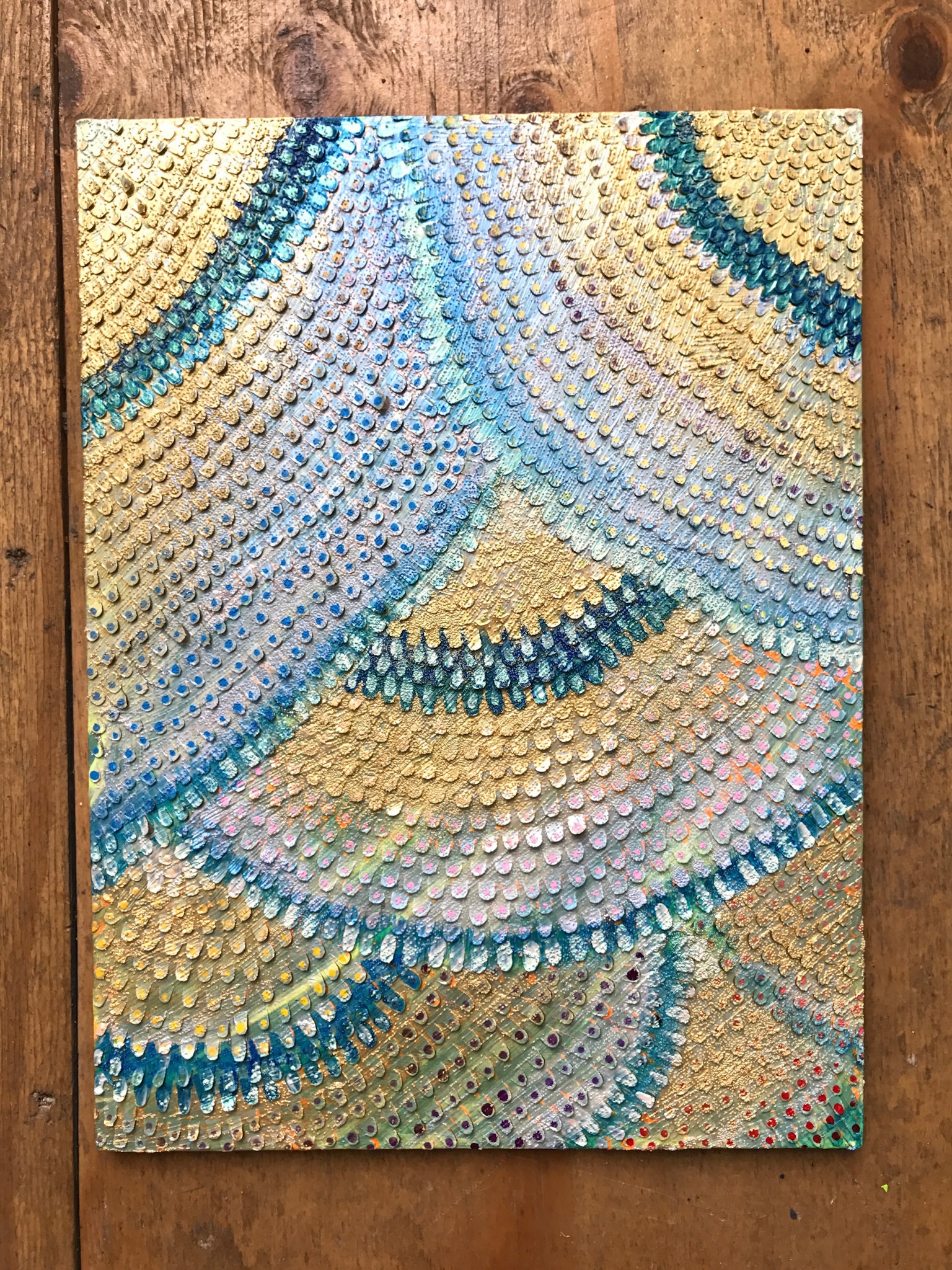 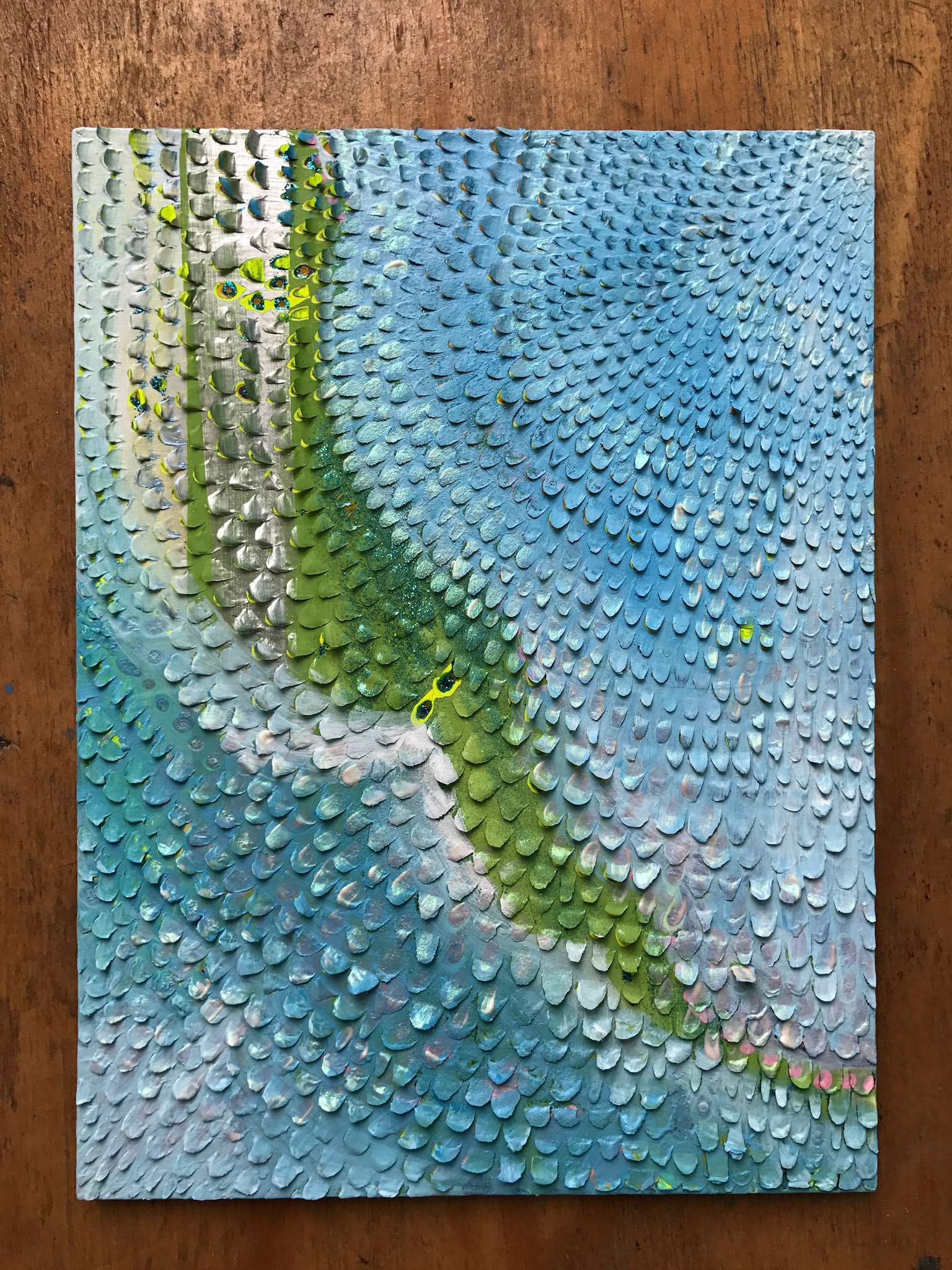 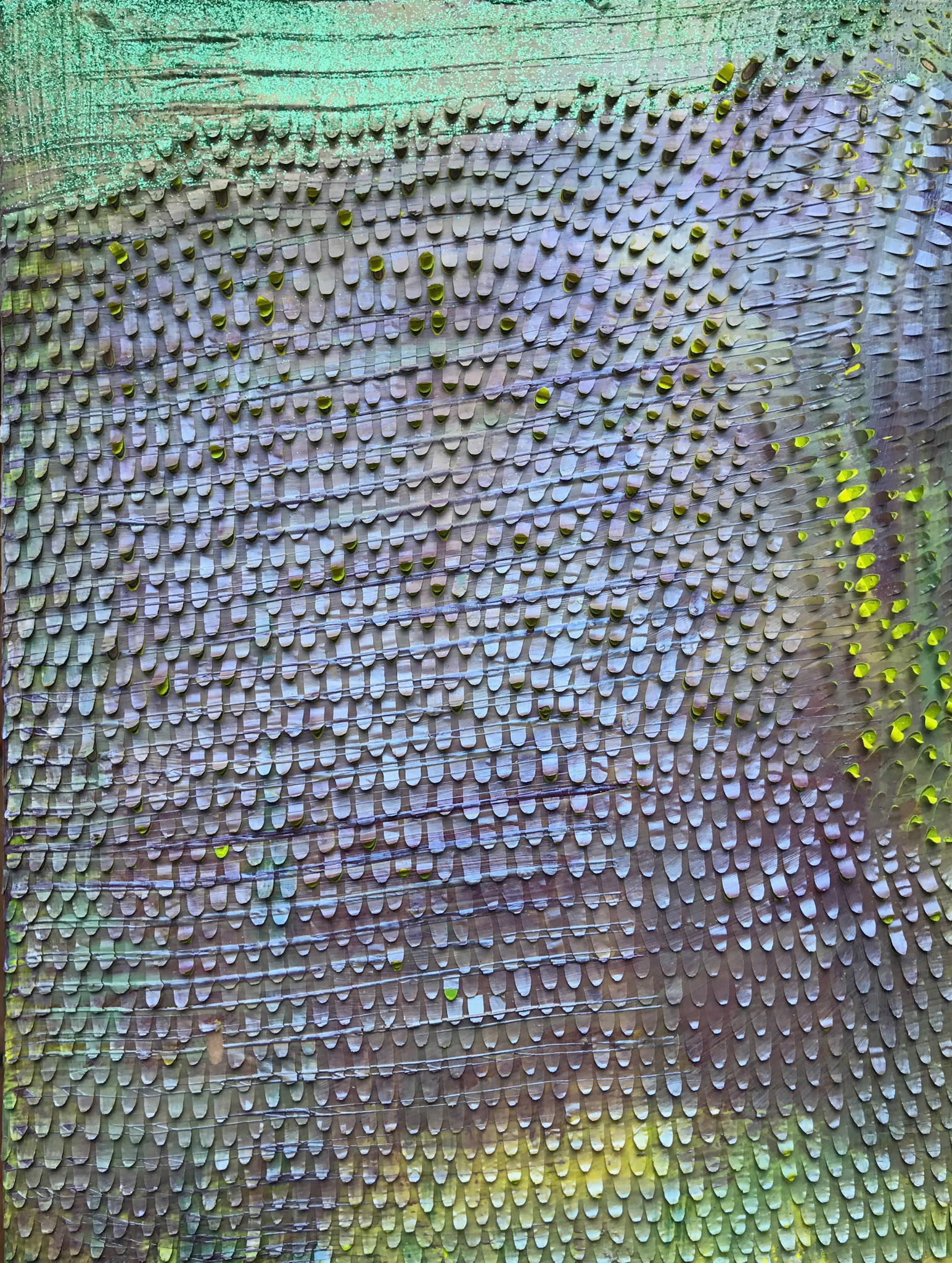 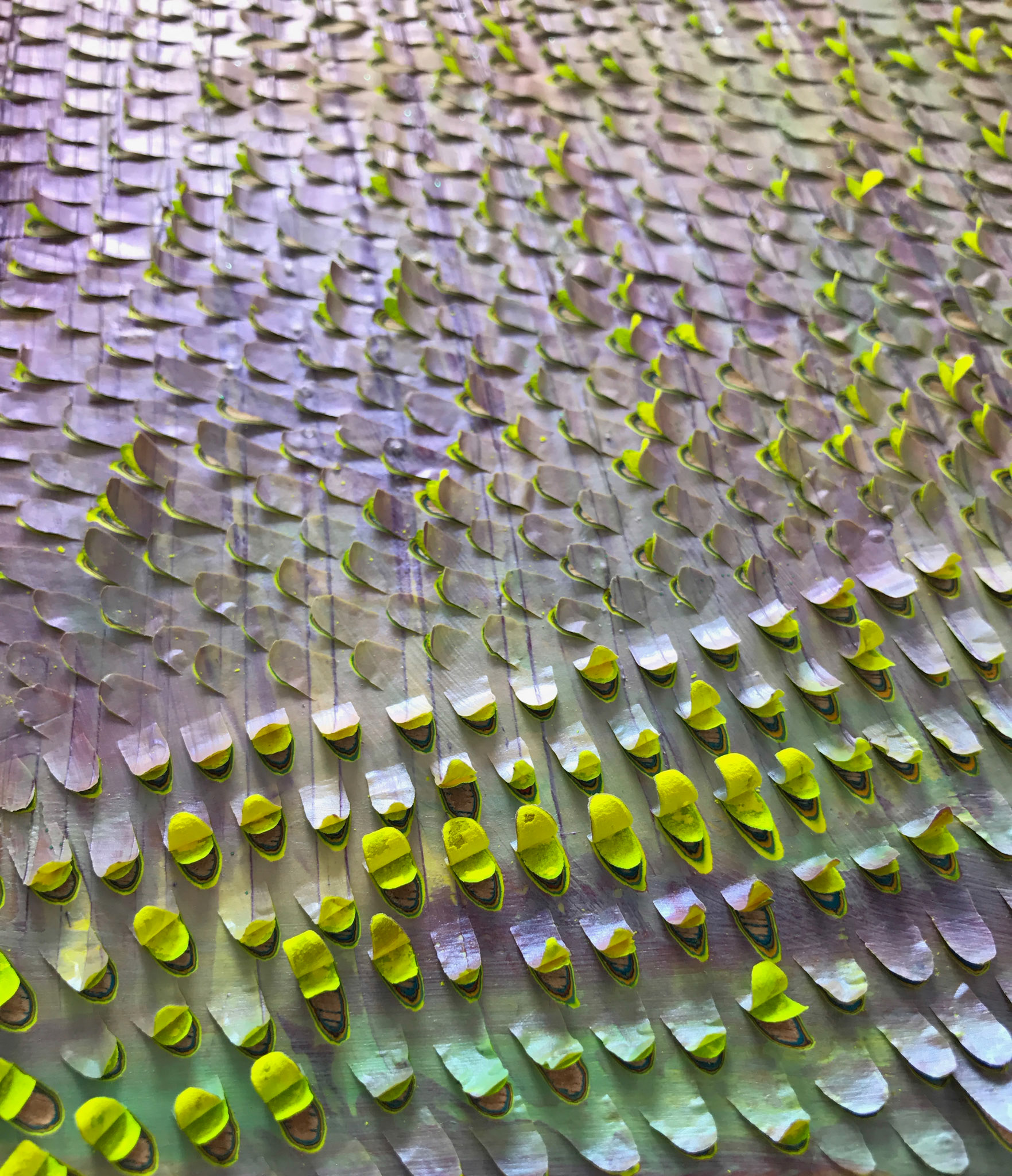 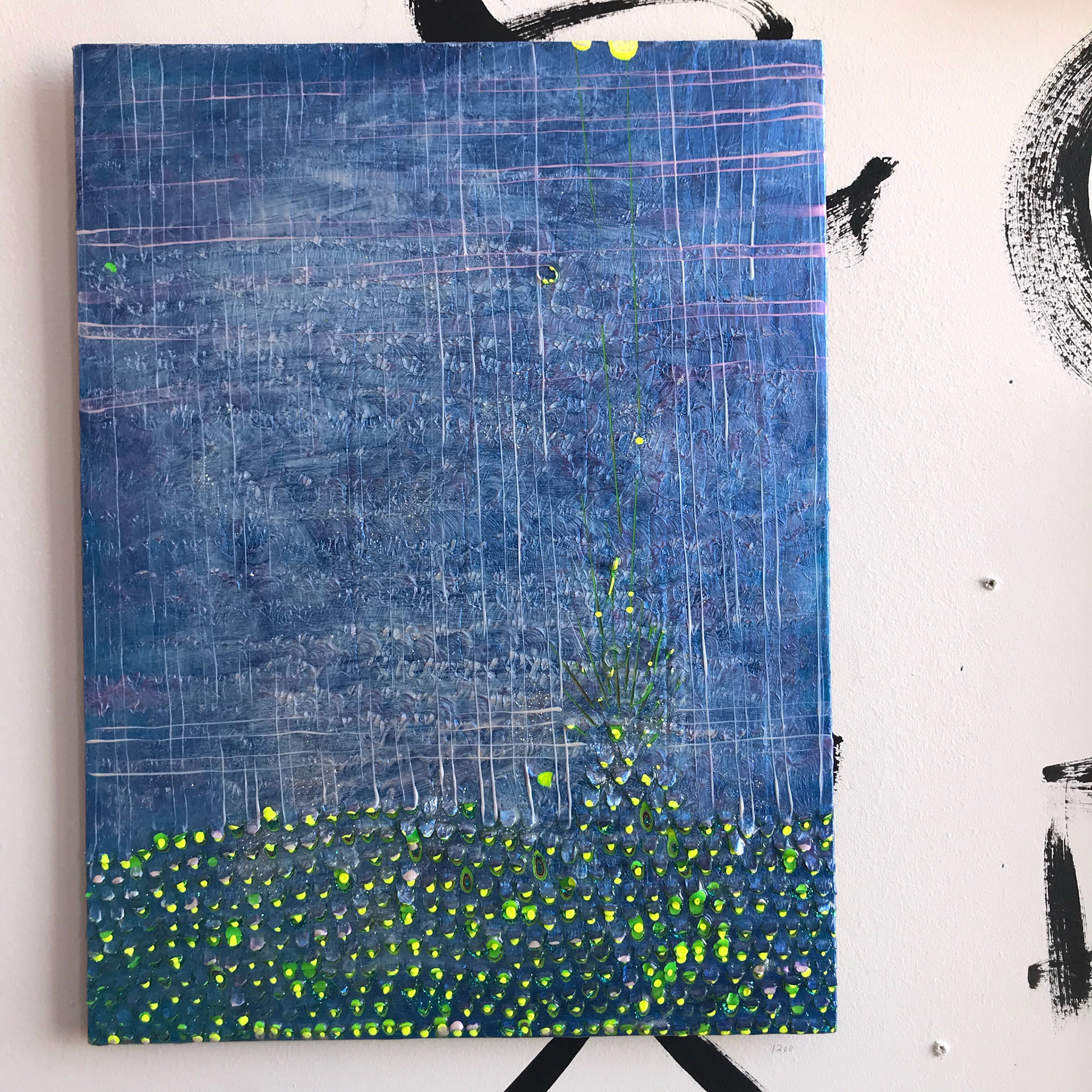 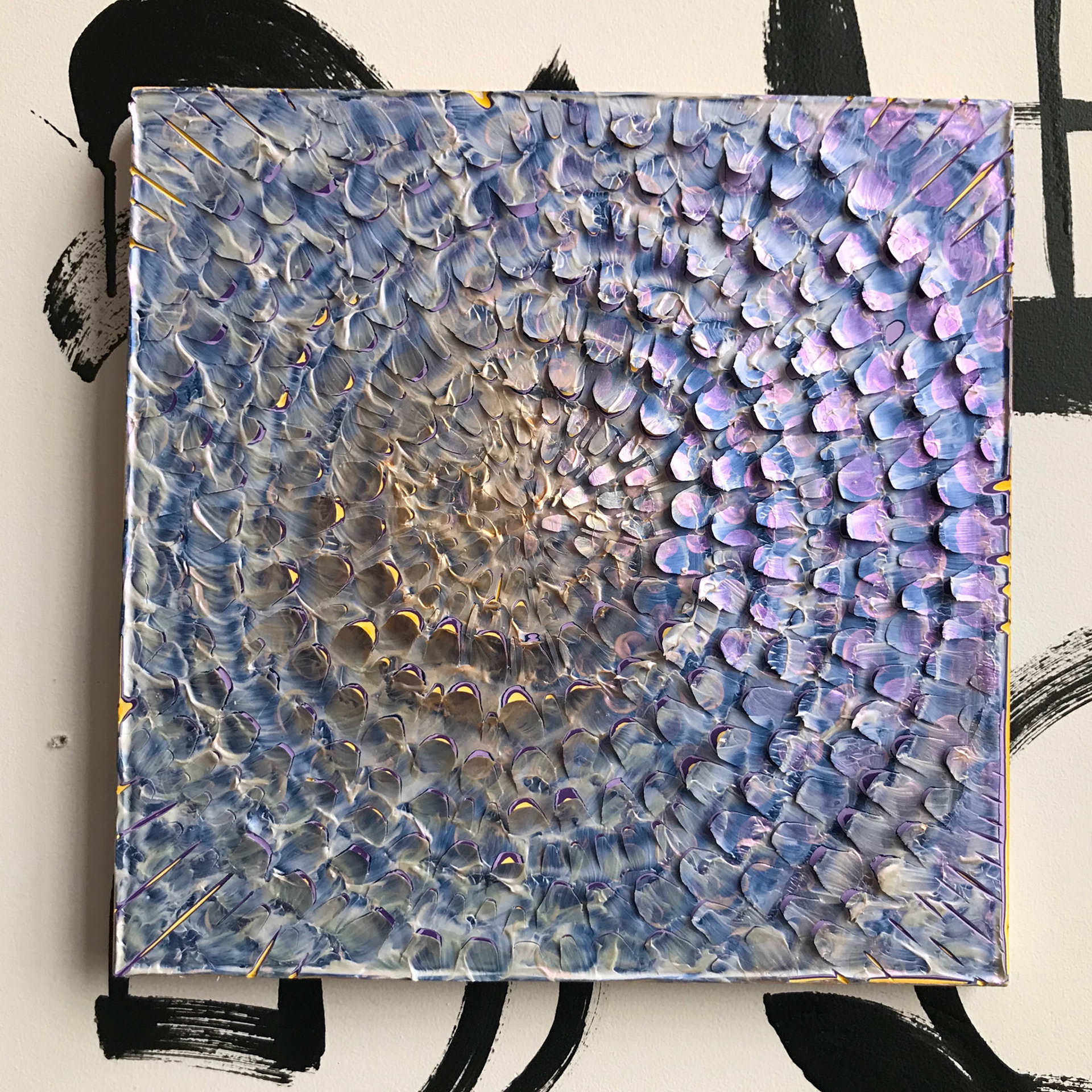 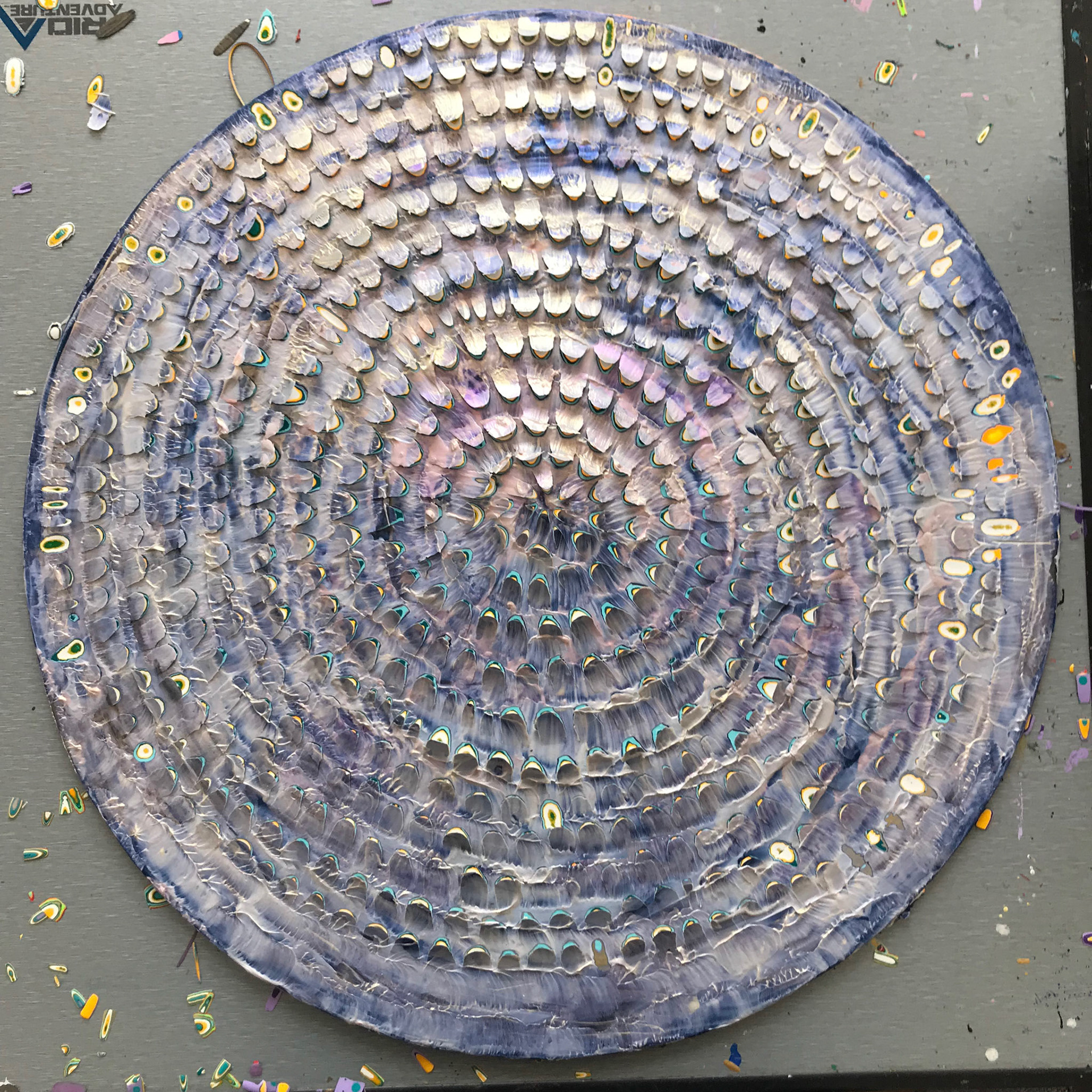 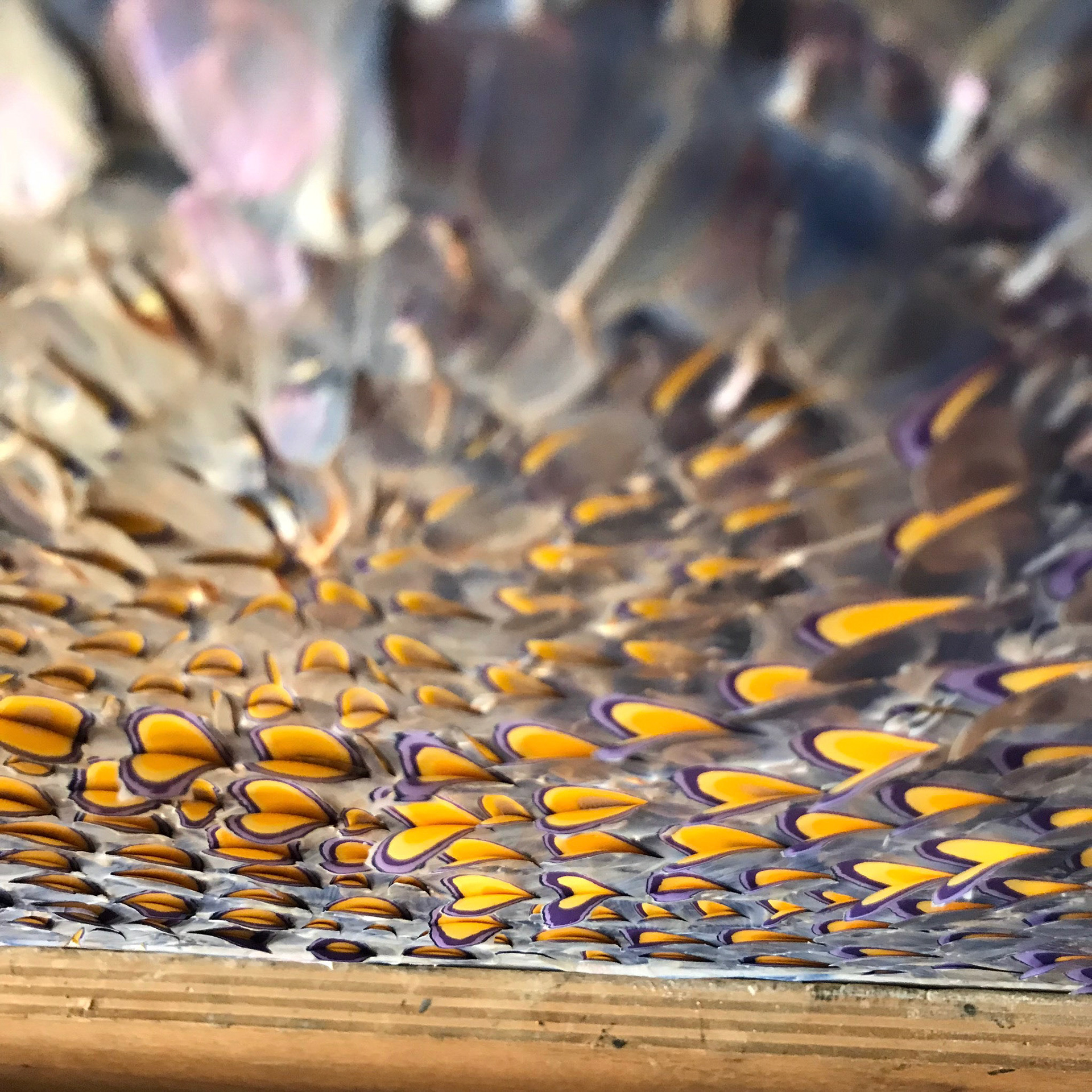 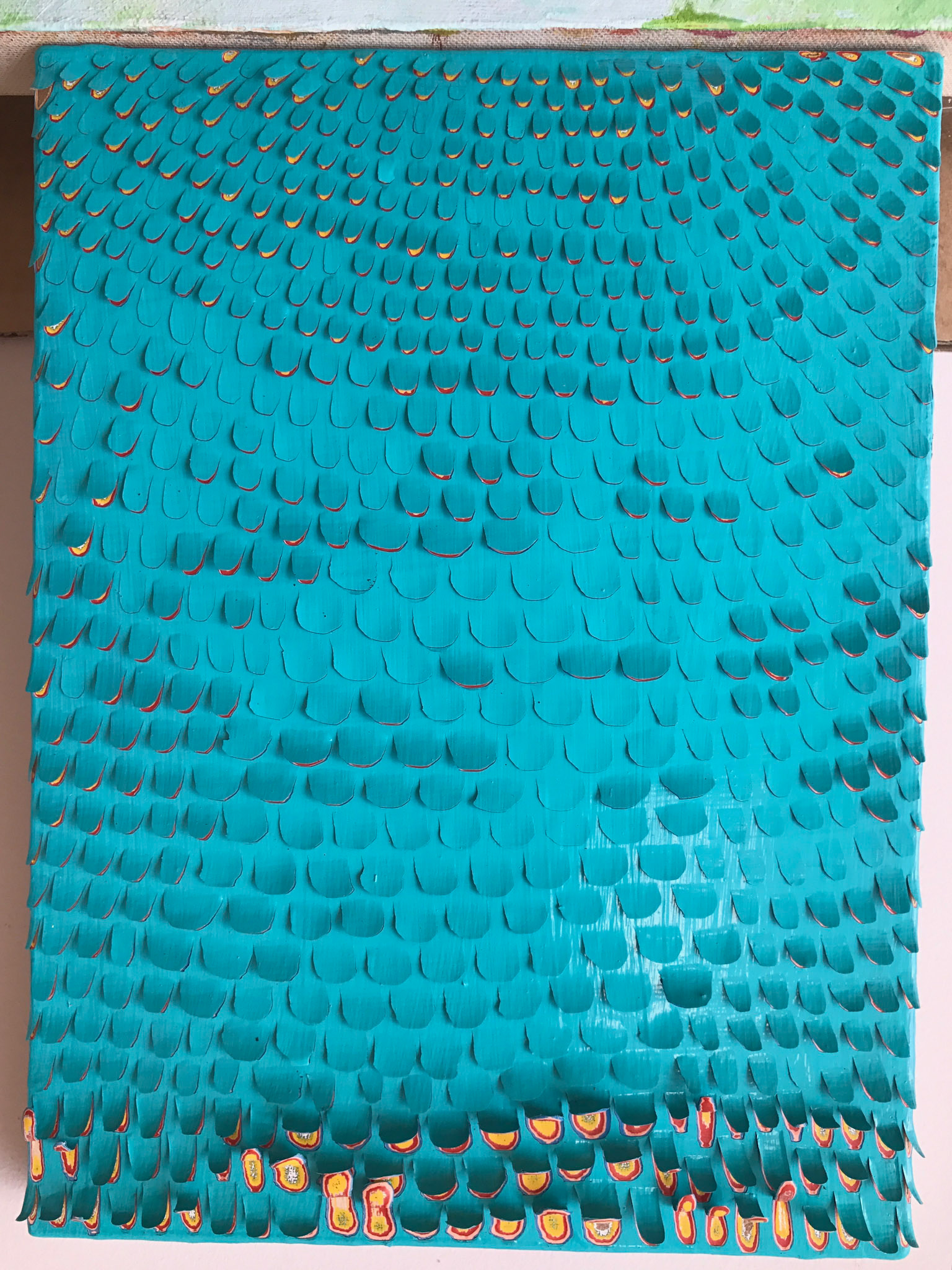 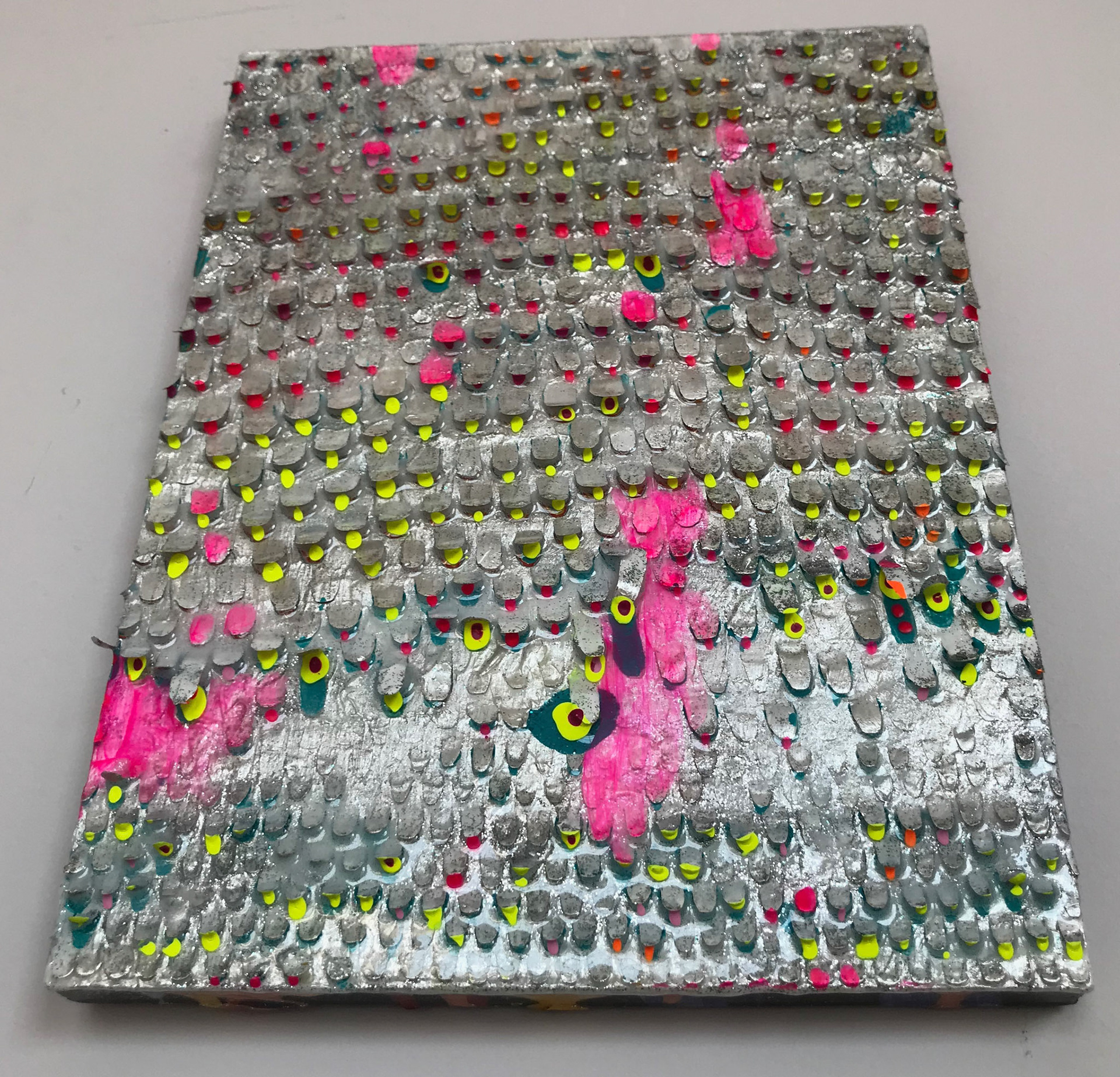 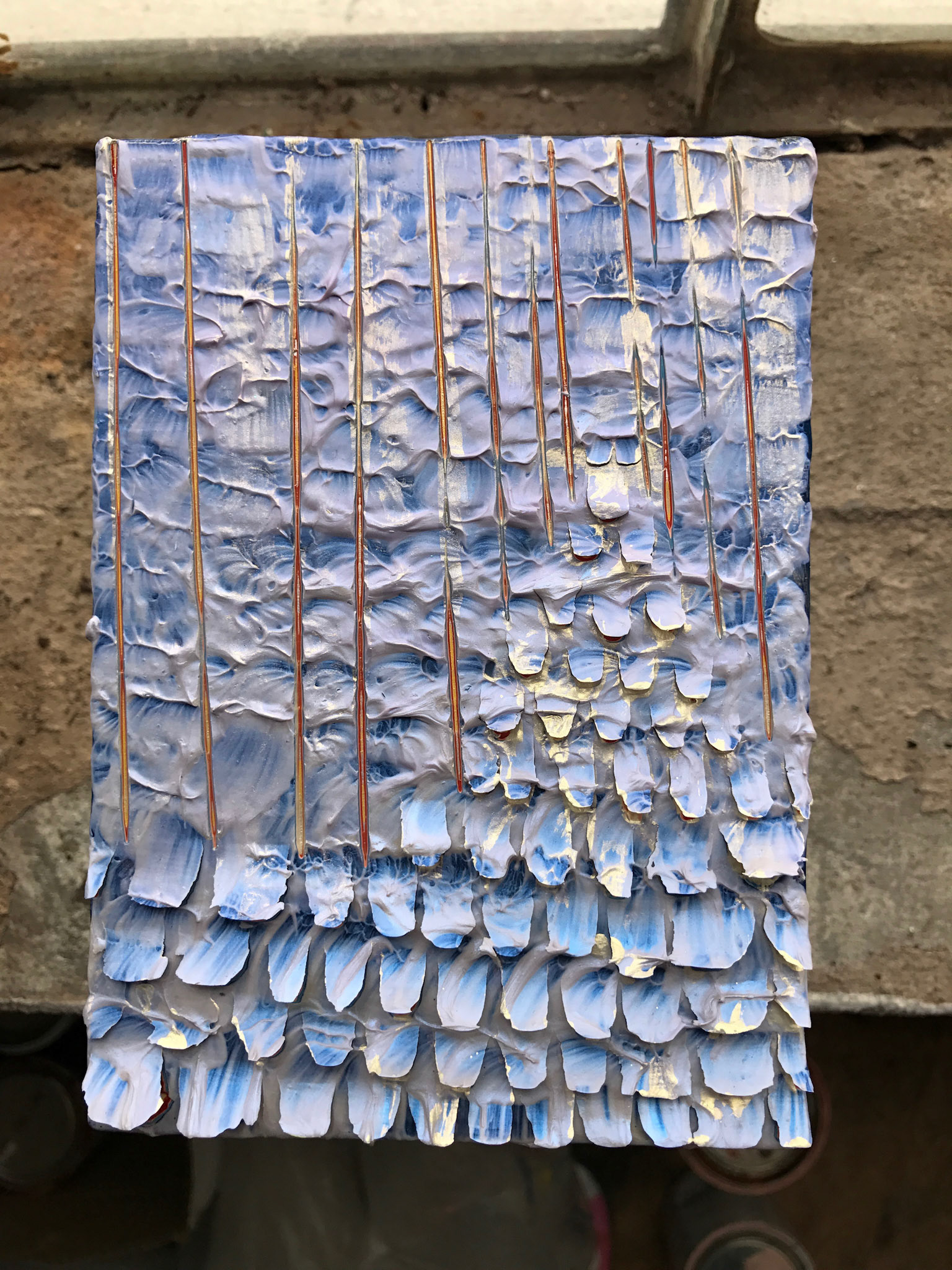 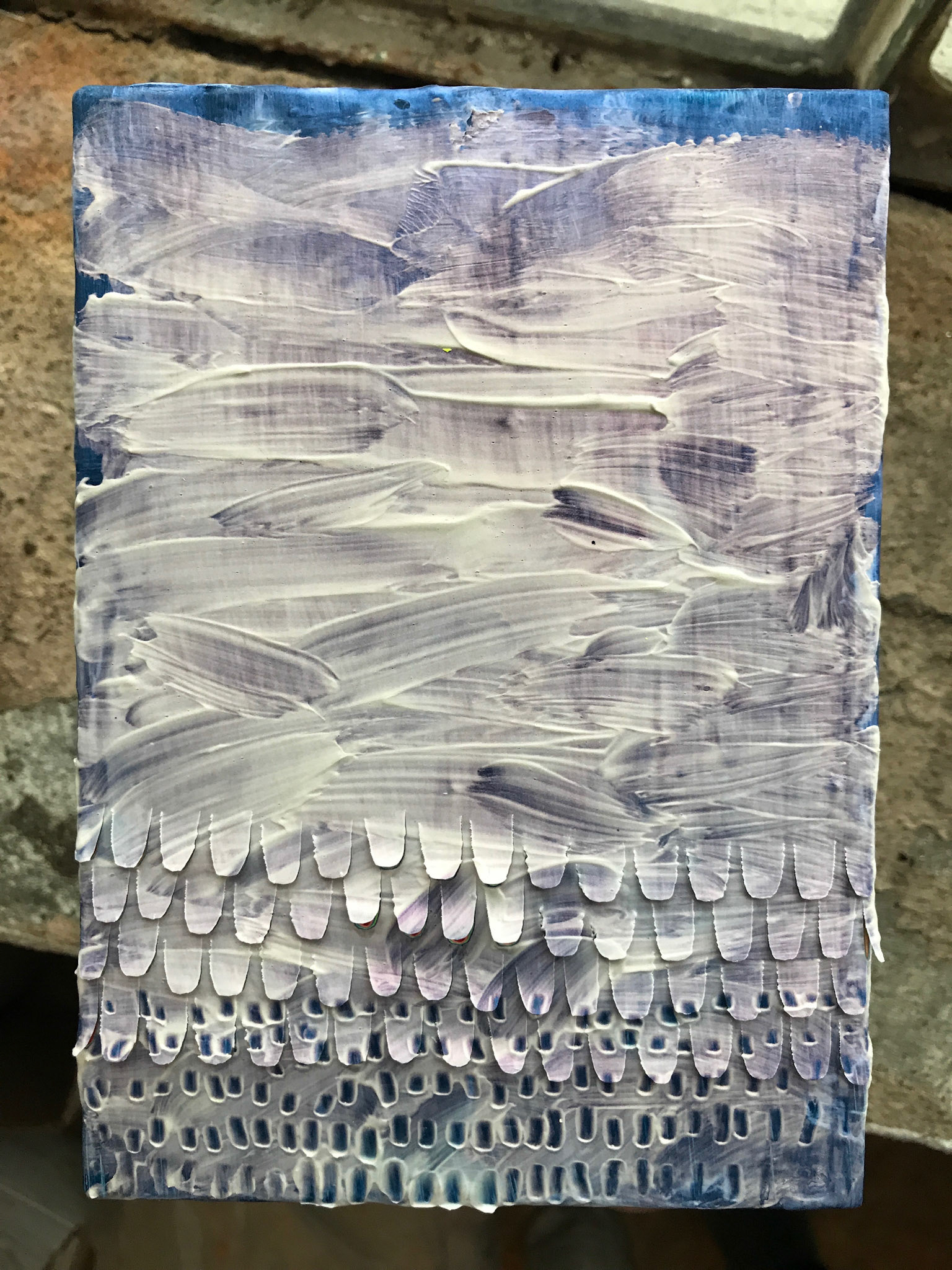 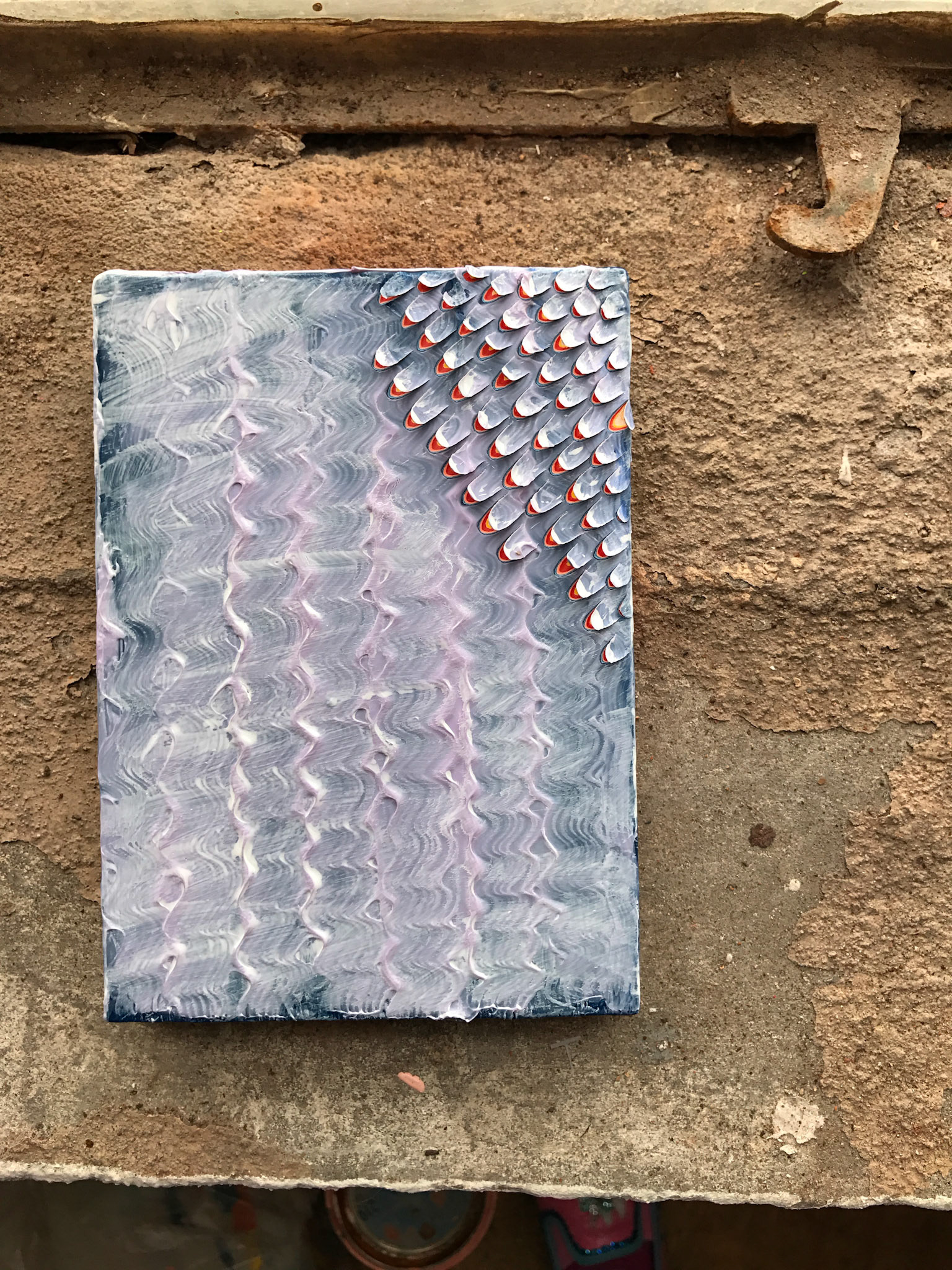 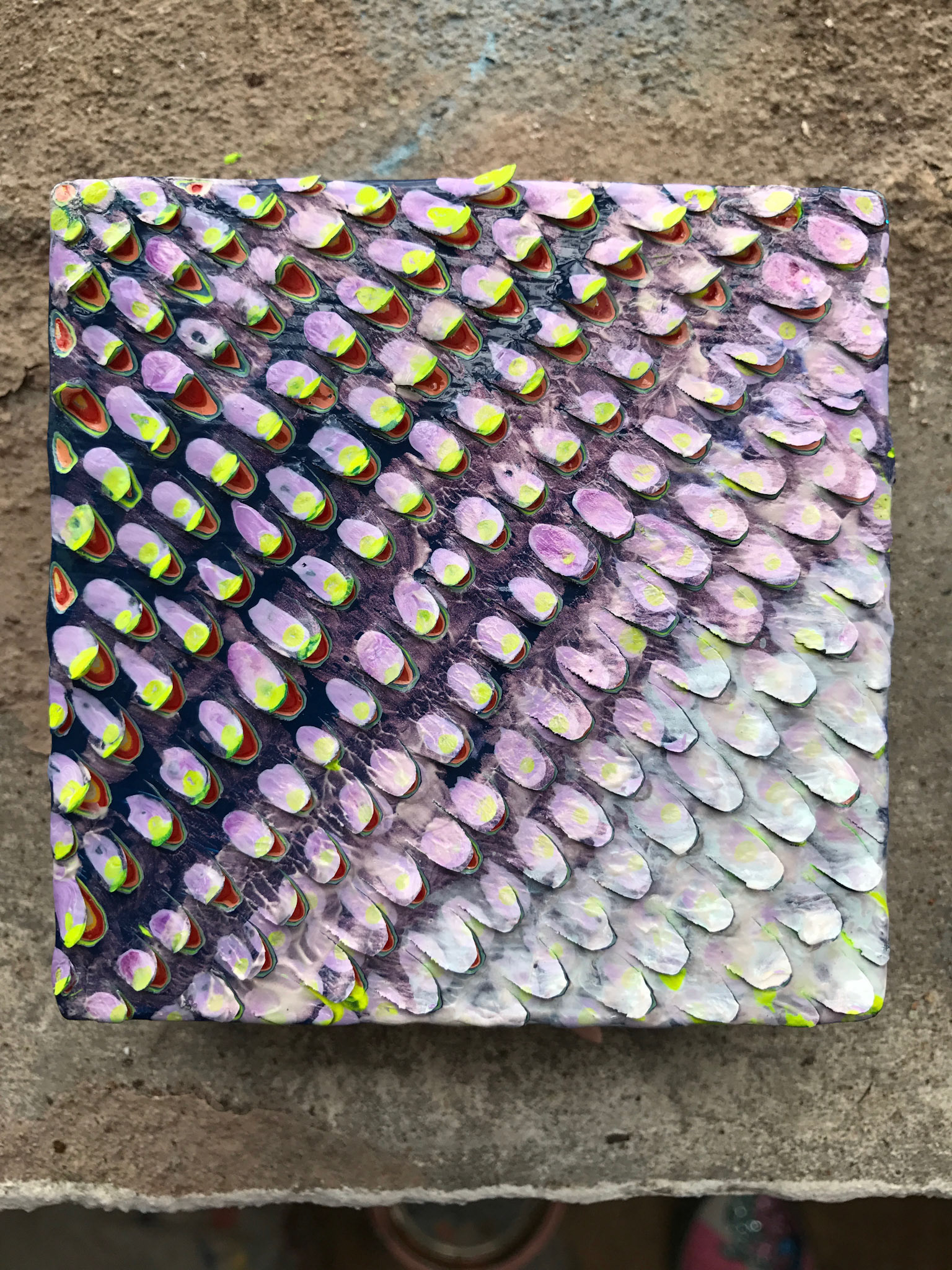 A wise man once said that if we see an animal in a dream and we touch it, a lost aspect of ourselves will reunite with us; it will integrate with the self in a journey to be whole once again.
The mermaid has long been viewed as a magical creature, a part of faery lore, seductive and dangerous from a mysterious land and only half human. Mermaids also represent the water element and it is believed that with the ravaging of our environment, this realm of earthly creatures have recoiled in fear.

Water, too has been viewed as dangerous; something to be conquered and exploited.

In this latest series of transformational works, Jean Rim expands on her exploration of the mermaid. Through an innovative technique of carving on layers of dry paint, the scales of the mermaid's fin - her means of motion - comes alive and emerge beyond the frame, as a mermaid might emerge from the ocean depths. The scales, formerly seen in her work as a flat design are now textured as this lost aspect of self emerges above water into the conscious mind -- close enough to be touched.

The mermaid had long been a favorite of the artist. The challenge of the mermaid to join society correlates closely to her own experience as a Korean immigrant objectified and dehumanized by the society around her; especially as a female Asian.

With the rise of political activism in the face of threats to our environment and to this country's immigrants, Jean Rim's work also reminds us to remember the magic in the sweetness of each tiny detail and to claim those natural, hidden and rejected parts, and feel the truth of the beauty therein.
↑Back to Top